Yoga is not a religion or philosophy. Are techniques for human evolution,
is a very personal way of being in life is to live with the heart!

For thousands of years, yogis devoted their lives to the study of body and mind domain.
Experiencing the different postures of the animals accomplished the subtle effect of these movements in their organs and glands.
After thousands of years of experience the positions have been improved and are now part of a scientific system
of psycho-physical exercises or asanas which means "comfortably held postures"
Provide physical and mental well-being and personal fulfillment.

In Integral Yoga (Hatha and Tantric Yoga ) is possible to know and domain many postures that allow you to achieve a new awareness of the body.
This consciousness is a key to face the day-to-day in a more positive way.

In these classes you can learn to awaken the incredible energy but hidden that we all have to reach a wider opening of our heart and
discover our abilities.
Throughout the lessons will be addressed many content such as theory and yoga postures, deep relaxation, mantra chanting, mudras,
detoxifying massage energetic dance and the breathing techniques and meditation.
We challenge you to participate in a trial class where you can realize the benefits of this activity.

Tantra comes in 2 words: tanoti, expand and trayati, liberate. so, tantra means "extend the knowledge that liberates us".
The Tantra is a vital practice based on teachings of chakras, kundalini, hatha yoga and worship of many gods and goddesses Hindus.
This knowledge is enshrined in Vedanta philosophy that was written in the Upanishads around 800 BC.
The term Vedanta means "the end of the Vedas" and refers to the name of four Hindus sacred texts that were written in the year 1500 BC.
These texts are called Tantras. Generally the chakra system is divided into two sections: the Vedic and Tantric (now current day
in Ayurvedic medicine and tantric yoga).
Tantric yoga has its origin in pre-Aryan India, roughly between 3000-2500 BC. Many other varieties of yoga or tantric spirituality emerged it.

1. Yama ~ Social conduct that includes non-violence (ahimsa), truth in the words (satya), non-stealing (asteya),
moderation in sex and in all things (brahmacarya) and the absence of greed (aparigraha).
﻿﻿2﻿.﻿ Niyama ~ Individual conduct that understand the purity or cleanliness (cause), satisfaction (santosa),
austerity (tapas), the study of texts (svadhayaya) and the divine awareness and dedication to it (Isvarapranidhana).
3. Asana ~ Position.
﻿4.﻿ Pranayama ~ Breath control.
5. Pratyahara ~ Removal of the senses, or divert them away from the social and physical world outside and towards the mental world,
intellectual and spiritual inside. This procedure facilitates concentration and meditation.
6. Dharana ~ Concentration.
﻿7.﻿ Dhyana ~ Meditation.
8. Samadhi ~ The superconscious state that leads to self-realization, which is the ultimate goal of yoga.
The samadhi state is an intense form of concentration that arises from the seventh branch, dhyana.
The mind gets so focused on a single point that the practitioner experiences a state of absolute unity between themselves
and the focus of his concentration. At first, the state of happiness can not be maintained for a long time, but can with
a regular practice be continued, developed and lived in a more deliberate way. 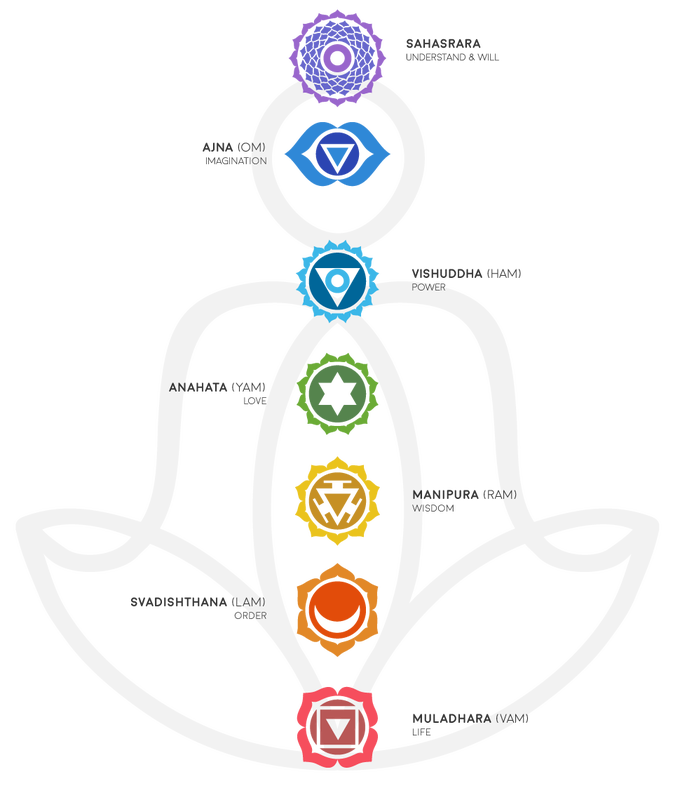